Our third Gin Club (well fourth if you include Brew at the Bog and possibly 128th if you include Caldo and I’s nights in the flat discussing Gin, Miley Cyrus and how much I think Pandas are pointless creatures). So let’s say our fourth official Glasgow Gin Club event, and this time round our tickets went on sale and out of sale in the space of a mere two weeks. Chuffed we were and far too relaxed. It came to the standard Monday night tasting where we decide the mixers, garnish and do our Gin “research”, so that we can create our lovely little booklet for all the Gin tasters on the Friday. There is this huge effort in the week running up to a Gin Club night, especially collating all the necessary items for the Friday, including the city wide search for Cape Gooseberries (for the Darnley’s View). This results in Kate (the scientist) stressing. Which we found is easily fixed by adding Mint and Fig to Blackwood’s and Tonic.

“Wow I can’t believe that, that taste, it’s a totally different drink,” she says in excitement.

And yes she is single!

Friday came and our cars were loaded, along with the skies above Glasgow. Then they opened. Rain, Rain, Rain.

So the venue was set, the bar set, the music set and Bridget from the Hidden Lane had her wine in a tea-cup. The Mad Chef finished the Hendricks Sorbet, Malky had his red wine in a pint glass while he played northern soul and the Gin Clubbers arrived. 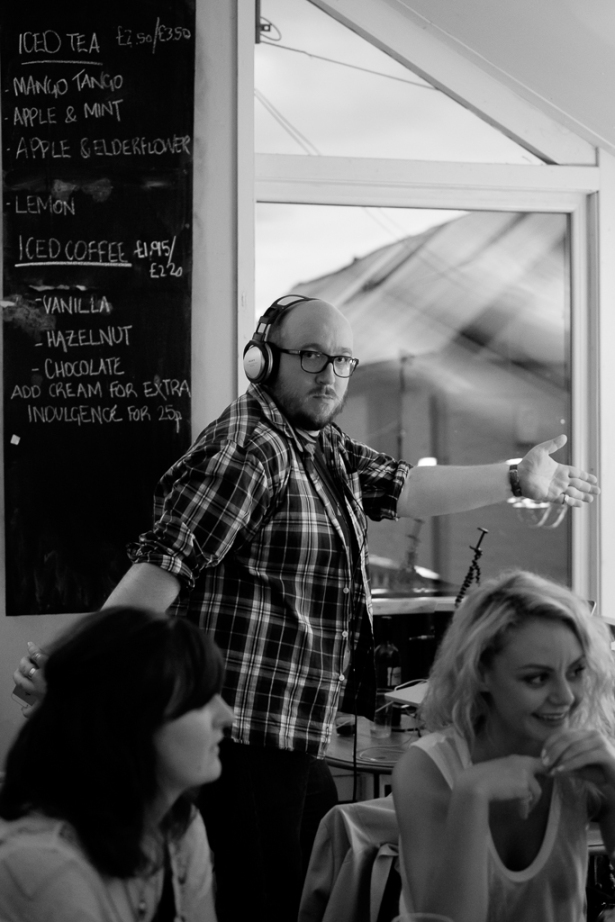 This time round we were trying out a new token system instead of handing out one Gin at a time. It was a hit. The tasting guides assigned each Gin a colour, we then had four GIN ME cards also colour coded so that people could select their Gin of choice and at their own pace. There were only two issues; 1. People asked for “the green one please”, to which you had to say (remember) “ah yes Opihr”. 2. I left my bar blades at home and had to make an emergency purchase of a small bear in a kilt (also functioning as a bottle opener) for some of the mixers. Other than that the idea was a success, it meant we could discuss the Gin being selected as people came to our designated bar area. It also had the added effect, that people at different tables were actively discussing their Gin choices and really engaging with the Gins. At first people were picking Blackwood’s and the Opihr, I think this is probably due to the booklet layout. Then the flood of Darnley’s View and Strathearn Homecoming came. High praise all-round. 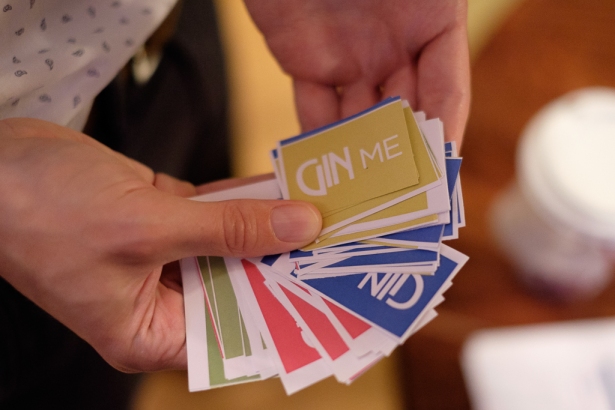 Kate then decided to bring out the big guns and deliver her Gin Lemon Drizzle Cakes. Sweet lord in heaven. Imagine baking cakes to serve at a tea room that already makes cake.  They were incredible, they vanished rapidly too. I think we should get Kate to stick up recipes on the blog as standard after each event.

Bridget from the Hidden Lane has promised to create Gin Muffins for the future “hmmmmmmmm”.

On a side note to this Kate being the scientist that she is, weighs her eggs….I’ve never seen that, which is probably why my cakes are rubbish in comparison. Hopefully Bake Off will feature some accurate baker doing that this season. 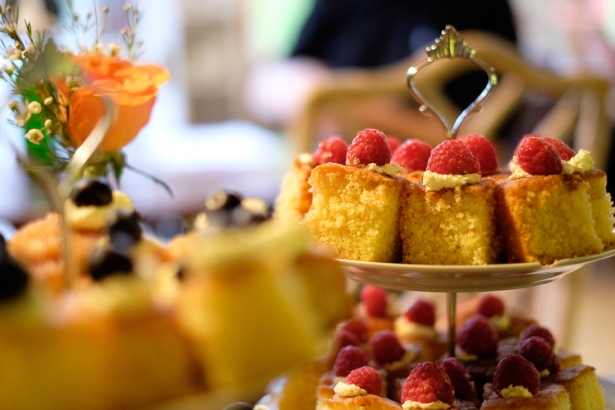 By now people were well into their third and fourth Gins. Hungry for more they were. So time to fire out the Sorbet. Yup Mad Chef Danny knows his measures; I think they go along these lines:

“Enough to knock out a bus of grannies going for high tea?? Aye!”

Mix it together with lime and sugar syrup and into the ice cream machine, serve with cucumber and there you have Gin Club Sorbet.

After the GIN ME tokens have all been traded we open up the bar to sell all our extra stock we purchase for the evening. As always we keep going until it goes i.e. until the cups run out or until the Jurassic Park theme tune plays, signalling its 11:45pm – time to drink up or there will be a Gincident (GC copyright that phrase btw) on our hands.

We like to deck the place with props, many of which have our GC Phrases.

Ginned Out = “I appear to have drunk too much Gin and am in danger of embarrassing myself”.

Gincident = “There has been an accident which is Gin related”. E.g. Spilt Gin, someone has snuck in a bottle of Gordons.

Even although I (Squirrel, Hi) didn’t get to taste a single drop of the lovely stuff, I loved Fridays Gin Club. I don’t understand why it was so hot upstairs. Maybe the quinine in the tonic causes the bodies’ metabolic rate to increase and thus the air warms or maybe it was Malky’s dancing.

But I can safely say it was a great night and enjoyed by all.

A massive thank you to Blackwood’s, Opihr, Darnley’s View and Strathearn for being involved.

Anyone reading this that was at the event may remember our booklets stating you can buy these Gins from The Good Spirits Company, Bath Street, Glasgow or through their online portal.

Full photos of the event can be seen at our Facebook Page (www.facebook.com/glasgowginclub)

A big thank you to everyone who came along and drank with us.

A huge thank you to Bridget, Malky B, Ritchie “the pigeon” Patton, Carly Morrison (who isn’t mine or Caldo’s girlfriend, she’s the licensee) and the Mad Chef. Finally to Bloc for “lending” us things like cups and ice.

Finally thank you to our stockists, The Good Spirist Company and Valhalla’s Goat.

Our next one is the 19th September Tickets out soon.